Conventional wisdom says decision-making is a logical, linear process. We start at a certain point, think about it, weigh up the pros and cons as we go along – and move forward logically to a final decision.

Sounds easy, doesn’t it? And if it comes to deciding whether to have a cup of tea or coffee, it can indeed be easy. A quick and simple process.

But when a major decision is has to be made – one involving a large investment of money, energy or emotion – the process is almost always far messier than that!

We’ve all been there. We’ve all had those interminable conversations with friends or family members where we (or they) flip constantly back and forth between “Yes” and “No”.

Or a situation where a relationship is on, off, on again, off again … 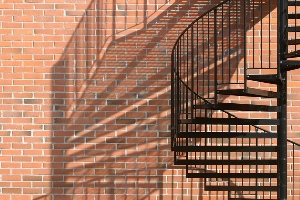 And so it goes on.

When this happens we can become very impatient with ourselves, our relatives or our friends. We wish we – or they  – could stop going around in circles! Covering the same ground, over and over. It can be so irritating. So exasperating!

But there’s another way to see what’s happening. In reality it’s not so much a circle as a spiral. Each time we revisit the ‘same ground’ we’re actually doing so at a higher level. Each spin takes us to space that’s clearer, calmer, stronger. Until finally the decision is clear and we’re strong enough to act.

So when we feel we’re spinning in the middle of a decision-making circle, we need to remember we’re actually travelling an upward spiral.

Each spin is taking us one stage closer to a final decision.

We’ll get there! Just take a deep breath, trust the process – and keep travelling that spiral to its apex.