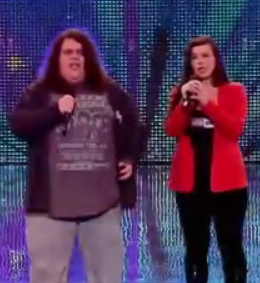 Three years ago, back in 2009, I wrote a blog post called Beauty, when Susan Boyle wowed the world with her singing on Britain’s Got Talent.

Her performance gave the world not only her glorious voice but also a sobering lesson about prejudice and about the folly of judging people by their outward appearance.

We might have hoped the judges and the BGT audience had learned that lesson and would never make such snap judgements again.

But did that happen?

They’ve done it all over again in March this year.

Watch the video below to see what a huge mistake they made.

These two young people, their soaring voices –  and their friendship – are indeed beautiful.

It may just bring a tear to your eye as it did to mine. :) 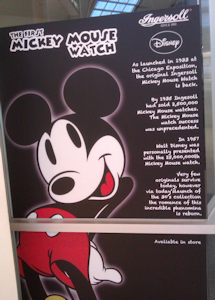 We’ve all come across delightful examples of mangled English when products are packaged overseas by those whose native language is not English.

This knife is one such example …

Made in China, it  may possibly be a very useful utensil. But I bought it from a local store just for its packaging. This, from my perspective, is it’s most attractive feature because it makes me laugh. :)

While the front of the pack assures us the knife is Sharp, Secure, Sanitary and Convenient, the instructions for its safe use are less reassuring:

Perhaps the warning not to ‘test sharp by finger‘ simply shows faith in their product. Though admittedly very little faith in the intelligence of their customer base!

And I wonder … is the fifth and final instruction a warning for distracted and frazzled parents, so they remember to keep the knife out of their own reach?  For the ‘safey‘ of their children? ;)

But the most fascinating sentence – and the most mangled example of all – is on the front of the package:

That one still has me scratching my head in bewilderment!

But hmmm …. the magical properties of ‘Excelsior”?

Perhaps I should take the knife out of its packaging after all. :)